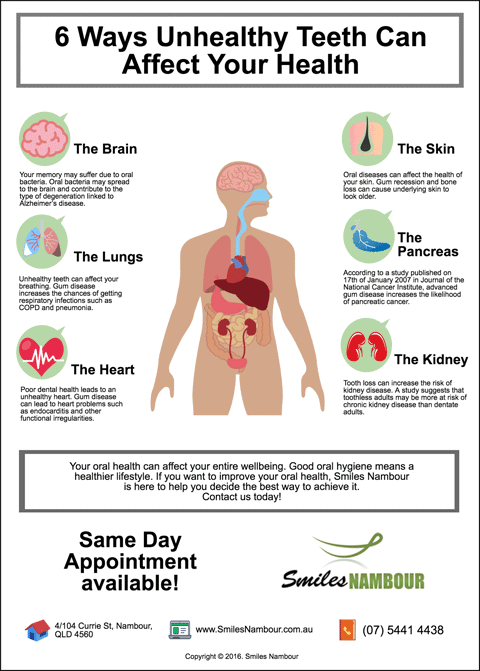 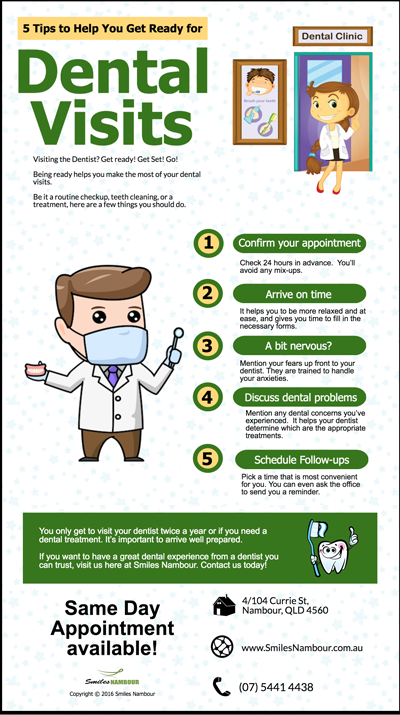 The Need To Spread Awareness About Oral Cancer

Oral cancer is a highly prevalent health concern in Australia today. At least three people are diagnosed with this deadly disease each day. However, a recent survey revealed that despite its prevalence, very few people are actually aware of oral cancer. The lack of awareness largely contributes to the low survival rate for oral cancer.

Assessing Your Suitability For Dental Implants

What Makes A Good Toothbrush

Most dentists recommend toothbrushes with soft bristles to people who have (a) sensitive teeth, (b) are suffering from periodontal anomalies, or (c) are recovering from any surgical dental procedure.

Despite recent advancements in modern dentistry, dental decay due to cavities remains to be among the most prevalent dental anomalies today, virtually affecting entire populations across the planet.

Truth be told, however, early stage dental decay can be prevented rather easily if you religiously keep a rigorous dental healthcare regimen. Moreover, you can further reduce the risk of being afflicted with dental cavities mainly by paying attention to the following—

Food and drinks that tend to stick onto your dental surfaces. Food and beverages that cling onto your teeth tends to provide mouth-dwelling bacteria the nourishment that are eventually excreted as highly-acidic byproducts, which ravages the dental enamel.

As it turns out, there isn’t any. At least, there is not a single substantial and observable difference that makes one particular type of dental floss superior to another. If there is anything that this particular study was able to prove, it is that all dental floss are relatively equal when it comes to removing loose food particles and bacteria buildup in the hard to reach corners of the teeth.

Fluorosis results from overconsumption of and overexposure to fluoride while the adult set of teeth is being formed. This dental anomaly is is usually characterized by white or brown spots that discolor the outer surface of the dental enamel. This cosmetic dental anomaly ranges from minor changes in color to prominent dental enamel irregularities. Fluorosis usually does not appear until after the tooth has broken through the gums.

While undesirable, fluorosis is considered as a cosmetic dental solution and not a disease. In most cases of fluorosis, the discoloration can be very mild that it takes a professional pair of eyes to see it. Most documented cases of this cosmetic dental anomaly stems from taking fluoride supplement and swallowing fluoride heavy toothpaste out of habit when the drinking water is already fluoridated.

Frequent the oral health section of your local pharmacy and supermarket and you will be confronted with a wide range of mouthwash products. Mouthwashes and mouth rinses come in all shapes and sizes, so to speak. But from the consumer’s point-of-view, there are only 3 basic types of mouthwash products. These being fluoride rinses, cosmetic breath fresheners, and anti-plaque rinses.

Fluoride rinses helps in the active prevention of dental decay. Fluoride has long been added to the public water supply because of its ability to remineralize the dental enamel. Virtually the hardest substance in the human body, the dental enamels make for the white outer surfaces of your teeth.

Not too many people require fluoride rinses as a good part of the population is already exposed to fluoridated water and toothpaste.

Ever since 2005, Chilean researchers have been on a quest to put a finger on the very molecule that eradicates Streptococcus mutans- a highly resilient strain of bacteria that is considered to be the leading cause of dental caries and tooth decay. 7 years later, this very same team of Chilean researchers discovered the “Keep 32” molecule, which when incorporated into toothpaste and other dental products can help you keep all of your 32 teeth.

The Keep 32 molecule has now become part of a much larger body of research that is centered on reducing the growth of Streptococcus mutans. In November of 2011, for instance, a team of researchers at the University of California, Los Angeles released that involved 12 participants.